Concord raises a member of Endeavour

Unable to accommodate all the ceremonies for their new initiates in reasonable time, members of Lodge of Endeavour No 7036 asked members of Lodge of Concord No 343 if they would be willing to help to raise one of their members to the rank of a master Mason in a third degree ceremony. 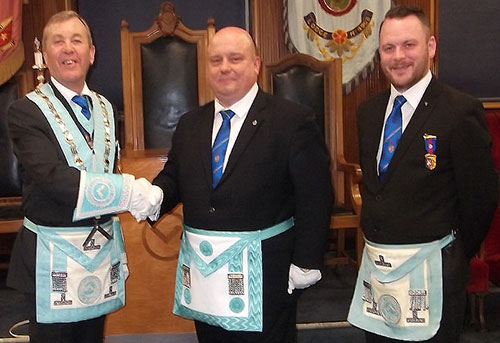 Alan (left) congratulates Anthony on his raising with David Grime (right) looking on.

The meeting was opened by Alan Whittle who warmly welcomed all the visitors. There followed the administrative business of the lodge before the start of the ceremony of raising.

Anthony was asked the usual questions by Lodge of Endeavour member Brian Phillips, after which he was prepared for the ceremony. Alan then carried out the ritual of the third degree, during which he was assisted by Lodge of Concord members, Ray Thompson and Bob Hampson and Lodge of Endeavour member Ron Docherty, who had the pleasure of presenting Anthony with his master Mason’s apron. He included an address and explanation of its meaning. Later, he went on to describe and explain the significance of the working tools of the degree.

Alan closed the meeting by thanking and congratulating all who had taken part in what had been a superb event. He commented on the friendly and happy atmosphere that had pervaded throughout and wished Anthony all the best as he continued his Masonic journey. 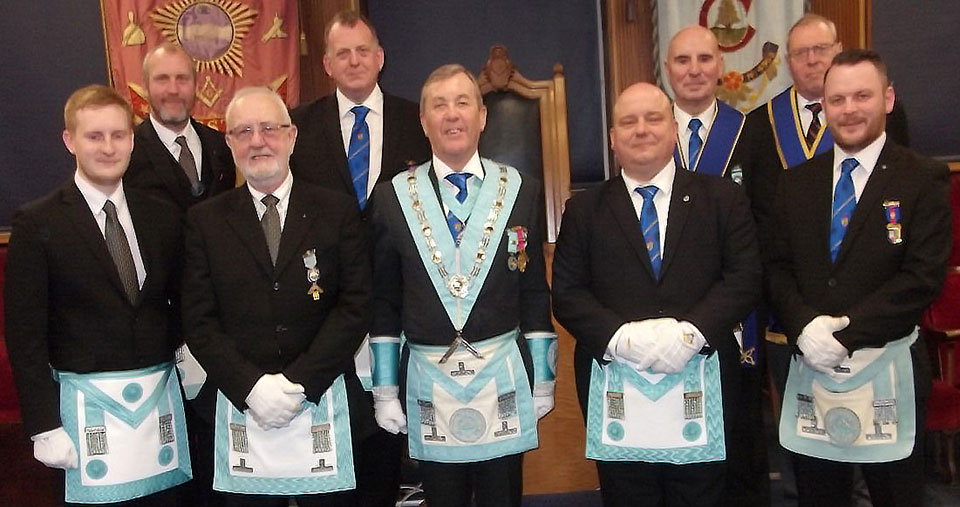